A partnership between two non-governmental organisations

Out of the box – youth exchange
in shared responsibility 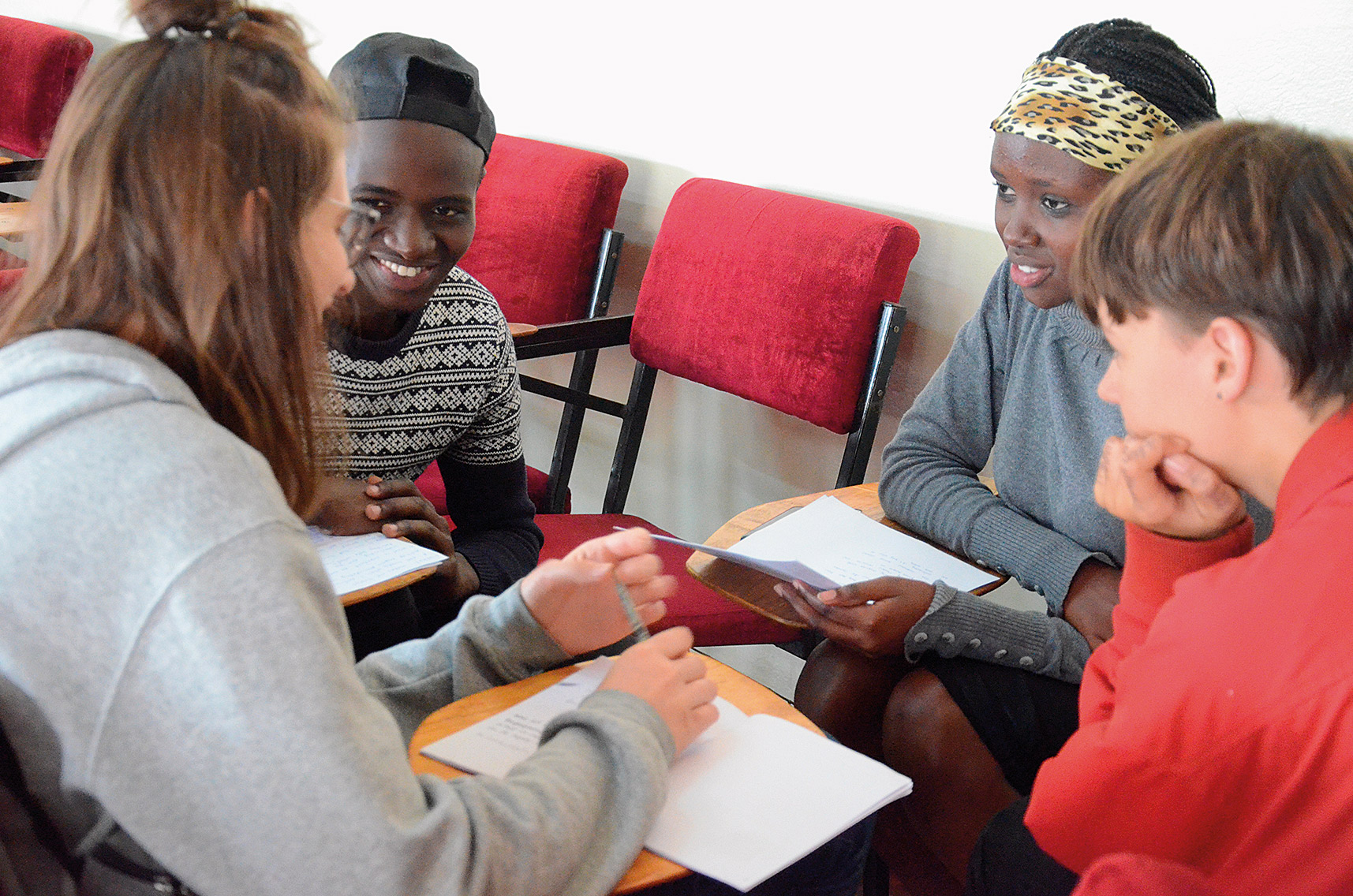 The programme “out of the box“ gives young people in Kenya and Germany the chance to look beyond their own horizons through bilateral exchanges. These youth exchanges have been regularly taking place since 2016. Each exchange visit is organised jointly by one group leader from Kenya and one from Germany. In addition, the team also consists of former participants from Kenya and Germany who can apply and qualify to become team trainers. If possible, grant applications are drafted together, which strengthens the team spirit among the participants. The grant application and accounting process is handled in Germany, while the hosts are responsible for the financial administration of the exchange visits, where possible.

Each youth exchange is based on an overarching theme from the field of global development, which the participants from both countries select in advance during a video conference call.

Past topics include climate protection, global poverty and the calls for an end to capitalism. In both countries, the participants take part in preparatory sessions, which includes work on the agreed topic as well as sensitisation training to prepare them for the encounter with peers from completely different socio-economic and cultural backgrounds. During the first few days of the exchange visit, the participants present the results of their preparatory work on the topic to each other.

Each exchange programme consists of one encounter in Kenya and one in Germany. During the encounters, the participants work in small teams as well as in one large group. The aim is to make sure that they meet on equal terms, that they constantly change their perspectives and that they are open to new approaches and criticism. The participants do almost everything together and help to determine the rules and the programme of the encounter. Every day, they meet to reflect in three different formats: as one big group, by country and by gender. These sessions not only allow them to discuss what they have experienced so far and what lies ahead, but also to sort out any problems or misunderstandings. On the one hand, this participatory approach based on the thorough reflection of the participants‘ own experiences contributes to a high degree of identification with the project, and on the other it supports the development of skills such as self-efficacy, empathy, teamwork and conflict management.

Between the two encounters, the groups keep in touch with each other and work on a common project. Finally, they evaluate the entire project together and make plans for the future. Two to four weeks later, the participants again reflect on the project in the respective country groups in Kenya and Germany. This also includes information about how they can stay involved in the context of the programme and the respective organisations, to ensure that the encounters and the related experiences have a multiplier effect.

Apart from the group encounters, individual stays in Kenya or Germany are also possible. For example, since 2018 PüG has been able to offer a one-year stay in Bremen for one volunteer from among the former Kenyan participants. The aim is also to have MYFF recognised as a placement agency for German volunteers. Until then, PüG volunteers have the option of a self-financed stay of varying duration with the Kenyan partner organisation. In the future, both organisations plan to continue and further develop the exchange programme. In addition, MYFF and PüG also envisage the joint production of a film.

Teambuilding during the Youth Exchange 2019

Shooting of a music video in Nairobi, Mathare. Music and text created during the Youth Exchange 2019.