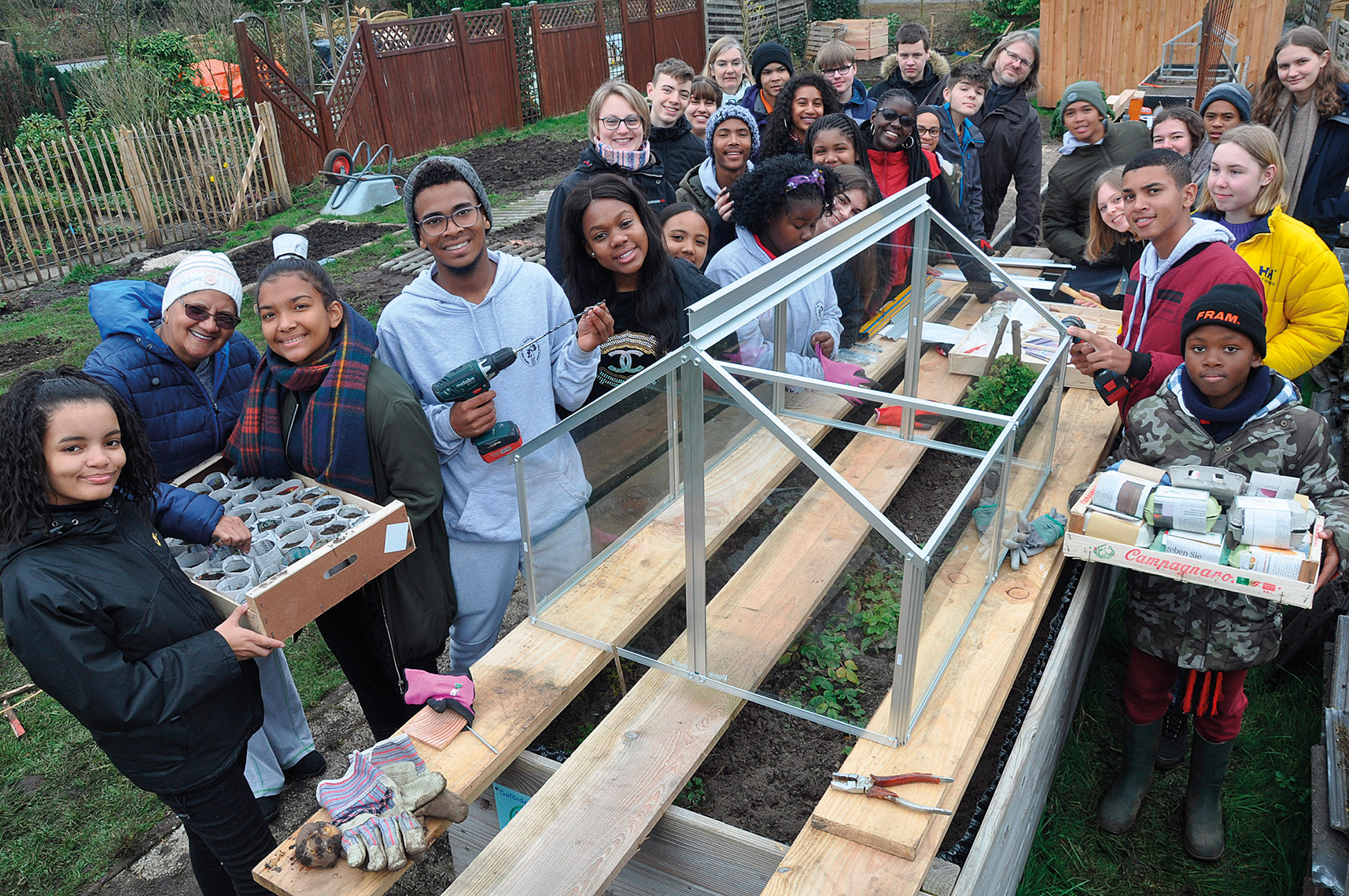 The school garden in Oldenburg

The purpose of our partnership is to establish common goals, be it in our communities or schools, which allows for an exchange of information, techniques and achievements. Every three years, we select a new topic in order to create awareness and inspire not only the learners but the broader community.

After the 2015-2017 project cycle, which focused on renewable energy and recycling, we were looking for a new theme. In 2018, teachers from Sanctor High School and Willow Academy in South Africa attended a teachers’ exchange at the Helene-Lange- Schule in Germany. In a three-day, full-time workshop led by a professional moderator, they chose a new theme together with learners from the Helene-Lange-Schule. On their return to South Africa, learners from Sanctor High School and Willow Academy attended a similar workshop in Port Elizabeth.

In 2019, after a long process of discussion and reflection, which included all participants equally, we decided to set up school gardens at the participating schools. In addition, the group from the Helene-Lange-Schule also wanted to produce DIY seed packages to encourage people to grow their own vegetables. Therefore, at a meeting in Oldenburg in March 2019, German and South African learners planted a school garden with a large quantity of tomatoes and chillies. At the end of the summer, we successfully harvested the seeds for the seed packages and for the next planting season.

The main component of our partnership is to share our experiences with each other, which also includes taking our learners abroad. People who are in charge of international exchange programmes inevitably have to confront the students’ lack of knowledge about the partner country. This may cause some uncertainty, as even the most open-minded individuals are subject to preconceptions and cultural misunderstandings. 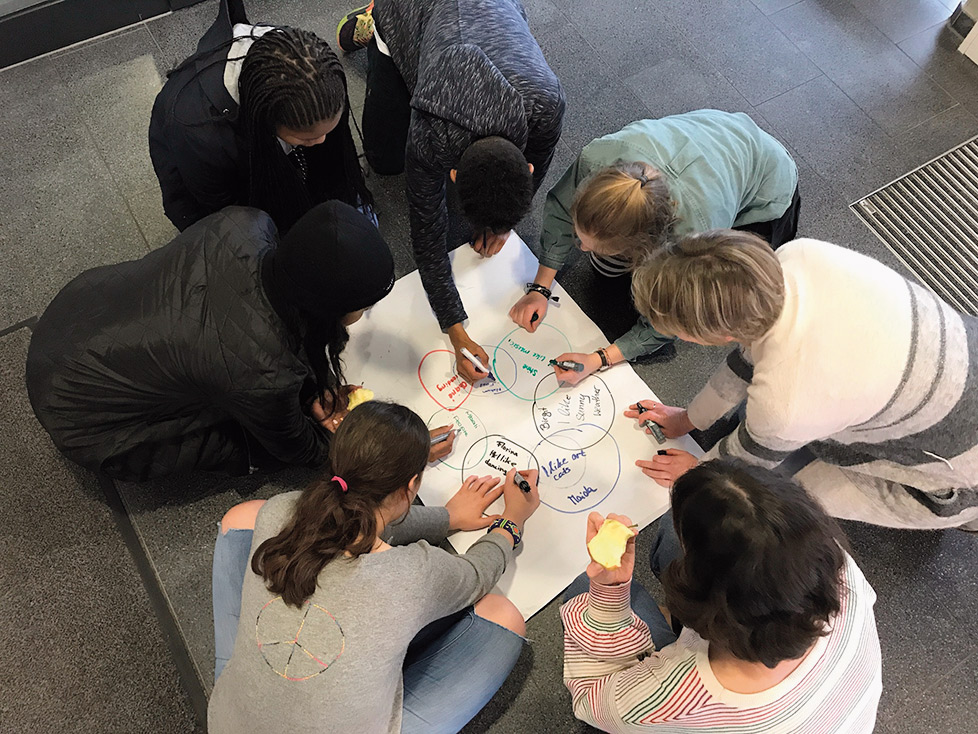 To make the exchange a success, it is absolutely necessary to address such tensions from the very beginning of the project by means of proper communication. During the exchange, we discussed almost every aspect right away, a form of permanent evaluation that was only possible because we know each other very well by now. In addition, we were also able to organise several team-building workshops.

To encourage the students to reflect on their experiences, we asked them to write reports about the activities and events during their exchange, which were then compiled into beautiful booklets. However, the most important venue for evaluating the exchange was again the full-day workshop. In both groups, the professional team trainer helped the students to realise what they had learned during the previous three weeks. Using a range of methods, the trainer encouraged the students to revisit and compare their experiences, including their fears and doubts, and to celebrate what they had achieved in the previous weeks.

In 2018, in order to give students the opportunity to stay involved with the project in the future, teachers from the Helene- Lange-Schule and former project participants founded a non-profit organisation called “Partnerschaft schafft Energie – partnership creates power e.V.” The NGO handles the financial planning of the exchange programme as well as fundraising and public relations activities. The board of the NGO is responsible for the implementation of the current exchange project and keeps the members informed of all ongoing initiatives and how they can best be supported.